On January 20, 2001, anarchists nearly stopped the inauguration of George W. Bush. Although there was considerable anger about Bush winning the election while losing the popular vote, the Washington, DC police hoped it would be easy to confine protesters to “free speech” zones. In contrast, anarchists had decided to “disrupt” the inauguration by attempting actively to block Bush’s motorcade from the Capitol to the White House. Passive protest groups complied with police orders, leaving the anarchists out in the cold. An anarchist black bloc a few hundred strong had formed, but most people had no idea how to get through the police barricades between the protesters in “free speech zones” and the bleachers of those who had paid to cheer Bush into the presidency.

However, one affinity group had a bright idea. Out of nowhere, four black-masked anarchists—clad in the Carhartt clothing popular among train-hopping traveler kids of the time—appeared at the edge of the bloc. Clearly, they had scouted the area beforehand. The affinity group seized a rolling dumpster from a nearby construction site and asked the assorted anarchists to pile in whatever construction supplies were nearby—chiefly poles and other garbage.

“One, two, three—go!” the affinity group shouted, with more than a hundred somewhat surprised anarchists behind them. In an almost superhuman effort, they pushed the dumpster straight at the line of police checking IDs to enter the free-speech zone. The police maintaining the checkpoint fled in horror and the relatively fragile barrier separating the free-speech zone from the black bloc was smashed. Anarchists in black masks penetrated the zone right next to the bleachers and the parade route without the police succeeding in checking their identities. In a moment of insane courage, the affinity group continued to rush forward pushing the dumpster, releasing it straight into the parade route. However, one quick-witted police officer drove his car straight into the dumpster’s path, blocking it.

The affinity group scattered, melting back into the crowd. Although Bush’s inauguration itself was not disrupted, the free-speech zone and area near the route descended into chaos at that moment, and Bush’s motorcade was quite nearly interrupted.

CrimethInc. operatives carried out a few other creative direct actions based in affinity groups. One group set up a pirate radio station to broadcast an anarchist critique of democracy, while others throughout DC encouraged residents to get out into the streets, distributing thousands of fliers urging people to tune to the pirate radio station for an “emergency message.”

What can we learn from 2001? Let’s revisit a few fundamental principles of successful direct action from the mass mobilizations against capitalist globalization and the Iraq War.

0. The most important thing is to play your position.

Before we get into the principles, let’s take a look at the protagonists of these mobilizations. The participants in these actions can be divided broadly into the organizers from the host city and the people coming from out of town. It is essential that those arriving from out of town already be organized in affinity groups, so they are prepared to make decisions and act autonomously throughout the events.

The local organizers are the people who, by lucky chance of living in a city like Washington, DC during Trump’s inauguration, have been given the honor of doing a lot of organizational work to make the direct action a success. Often, this is an overwhelming task, and it is generally appreciated if people from out of town arrive early to help. As local organizers are the ones most likely to have their houses raided after the protest, they may delegate some of the action-oriented work to people from out of town who can more easily evade detection and escape local police.

1. The first principle is that the protest should have a clear goal.

Is it simply a media stunt? Or is it a direct action with a specific objective?

Even rioting is often more or less a media action. Often the lines are blurred: blocking people from attending the inauguration or otherwise disrupting it—for example, by getting into the parade route itself—is definitely direct action, but it is also spectacular if it is aimed at the media. While getting beat up by Trump-supporting fascists might be a tactical disaster and set a terrible precedent, in front of the media it could also convey that anarchists are the front line fighting the nascent fascism around Trump. In short—any combination of media actions, direct actions, and covert actions is possible, but it’s important that all the participants are clear what their concrete goal is.

An abstract goal of “disrupting” the inauguration may not be concrete enough to produce solid results. More specific goals could include “stop Trump’s car” or “tear down the so-called ‘free speech’ zones,” as in the above story, or a variety of other objectives. There will always be arguments over what goals are most appropriate for anarchists, but it is crucial to make at least some attempt to formulate and achieve a concrete goal.

2. The second principle of successful direct action is that the organizers should publicize a plan…

…that will create the conditions in which to accomplish their goal, while preparing at least one secret plan that will enable them to achieve it. Ideally, there should be one sensible public plan, one secret backup plan, and a backup for the backup plan. Secret plans should be shared only with trusted affinity groups, but it is essential to be able to articulate them rapidly to others in the streets. It’s important to preserve the element of surprise, but once you are putting your plan into action it is equally important to be able to get other people on board with it. Because…

3. The third principle is to combine forces…

…creating a situation in which it is impossible to isolate a militant minority from the rest of the population. Unless they expect to be the majority of the participants, anarchists should not isolate themselves from everyone else. At the least, they should seek crowd cover from liberal protesters, so it is more difficult for police to attack or arrest them without broader repercussions; at best, anarchists should aim to create a situation in which confrontational action spreads far beyond their ranks.

If anarchists march alone, it is much easier for the police to isolate them, surround them, and arrest them en mass. This happened to the black bloc at the Climate Change summit in Copenhagen in 2009; Washington, DC police did the same thing to tamer protesters in the “Democracy Spring” demonstration in 2016. By contrast, in the successful protests at the Seattle WTO demonstrations in 1999, where the Teamsters infamously joined anarchists fighting in the streets, as well as at the anti-FTAA demonstrations in Quebec in 2001, anarchists enabled black bloc tactics to proliferate throughout a large crowd.

This lesson has not been lost on liberals. Reformists like Gloria Steinem are holding the Women’s March on Saturday, when Trump will have left and downtown DC will be completely empty. Steinem and her friends might as well work for Trump (just as she worked for the CIA): encouraging a purely symbolic march a day after the actual Trump inauguration will discourage people from concentrating their energies on resisting the inauguration itself. It would be more effective for everyone to participate in a single day of direct action, in a framework affirming autonomy and a diversity of tactics.

4. The fourth principle is that it is a mistake to count on decentralized actions by affinity groups.

Realistically, affinity groups may pull off some banner drops or isolated vandalism; if they’re lucky, they might even glean a bit of media coverage. However, such actions are rarely effective by themselves and cannot, by the nature of their size, possibly take the place of large and well-organized street demonstrations. The truth is that there has never been a protest in which decentralized affinity group actions by themselves were the deciding factor. More often than not, calls for decentralized actions produce nothing at all.

Furthermore, closed affinity groups actions rarely create a situation in which people who are not already sure of their politics can get involved and have radicalizing experiences. Short of bank robbery and arson, decentralized actions are almost always ignored. Hoping that other people will carry out decentralized actions is often a coping mechanism used by anarchists to avoid doing any real organizing work themselves. Successful decentralized actions are most likely to come about in the wake of an organized mass action opening a rift in the fabric of order, as at the Seattle WTO demonstrations or the Quebec FTAA protests.

5. The fifth and final principle is that it is crucial to have a working communications infrastructure.

Knowing when and where the police (and others) are attacking protesters is crucial.

However, lack of mainstream media attention is unlikely to be an issue for the Trump inauguration. The more important question will be how to remain apprised of developments throughout downtown. Historically, anarchists have helped trail-blaze the use of mobile technologies to keep the crowd informed of police movements—from TxtMob at the Republican National Convention in 2004 to Twitter in 2008. It usually helps to have bike scouts to verify rumors of police movements, as well. In 2016, the most useful technologies are probably Twitter and encrypted messaging applications like Signal.

It’s worth going the extra mile today to be secure. During the 2008 Republican National Convention, the communications headquarters was raided after police followed the organizers back to it from a spokescouncil meeting. The same problem led to the raid of the “secret” headquarters for the Twitter feed during the actions against the 2009 G20 Summit in Pittsburgh. There should be some separation between any communication center and in-person meetings. Likewise, any group coordinating communications should probably use Tor between their connection and Twitter, and communicate via Jabber over Tor.

Of course, groups involved in possibly illegal decentralized actions should not carry mobile phones or use this sort of infrastructure at all. The likelihood of being tracked is just too high. However, for the rest of the crowd—and for anarchist contingents in particular—a solid communications infrastructure is a vital component of a successful action.

These are just a few of the many conclusions that we could pass on from the era of the 2001 inauguration protests. Those who are preparing to act against the inauguration of Donald Trump on January 20, 2017 are part of a lineage of revolt stretching back generations—a lineage older than the United States itself. Let’s learn from the past to sharpen our wits for the future. Good luck out there, comrades. 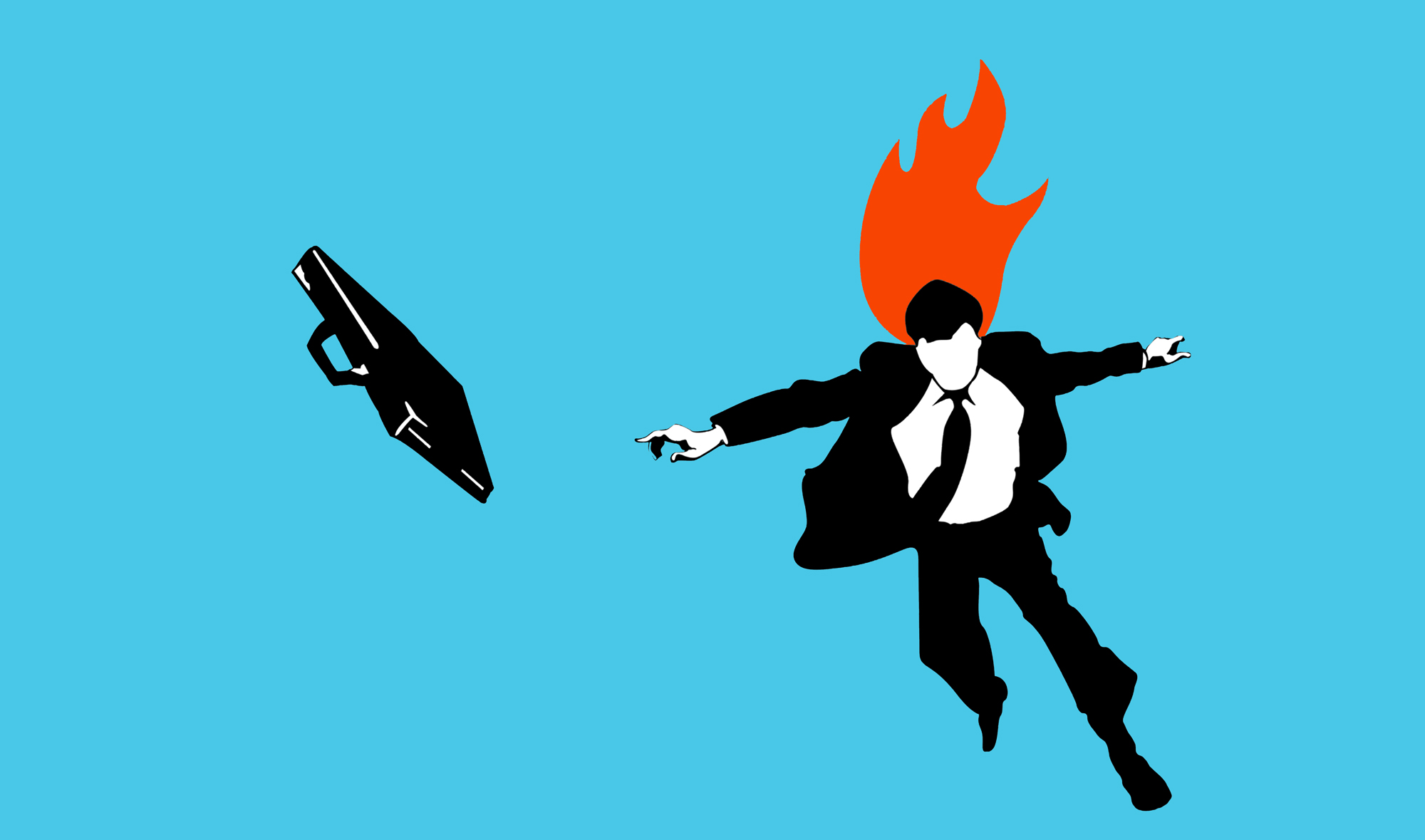 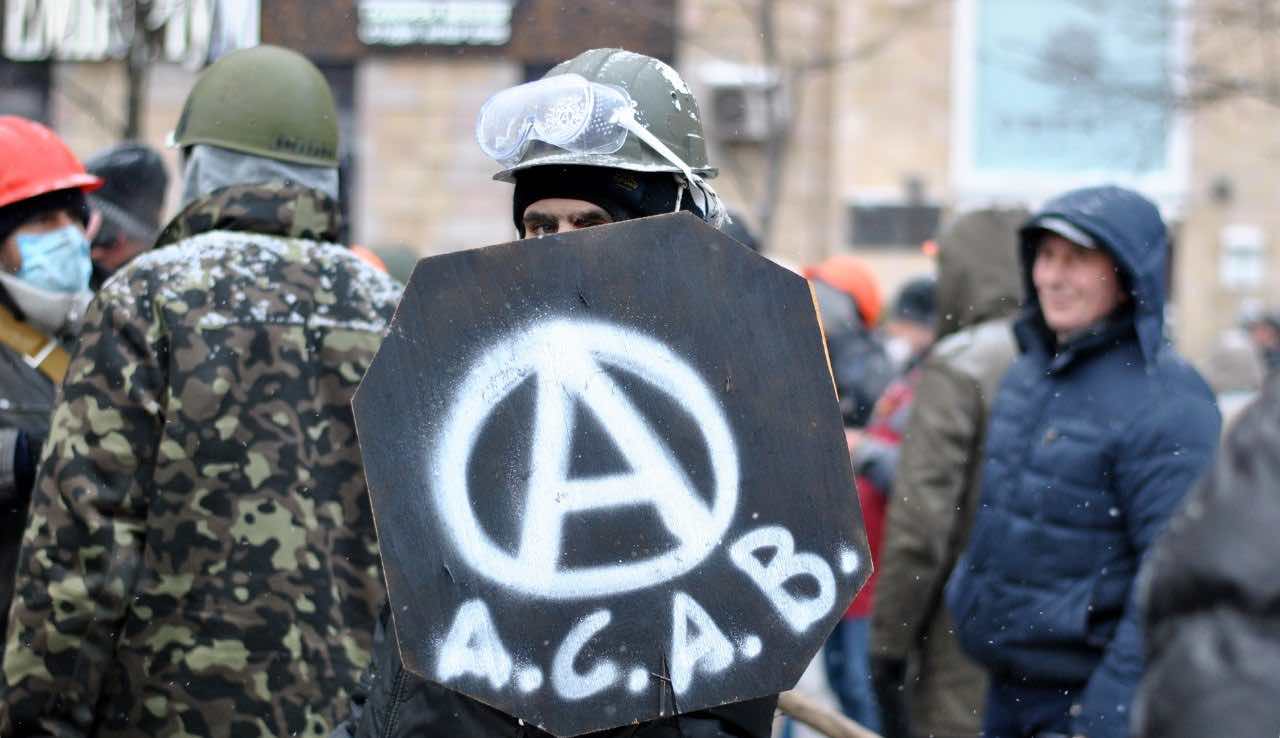